At times of stress, as human beings, we have a natural tendency to mother ourselves and reach out for something to relieve the pressure. Maybe we have a major worry and although we try to keep the positive side out, there are times when we cannot avoid the negative thorns of the problem. Maybe we are just having a bad day, and metaphorically, everything we touch seems to fall and every traffic light is red. Some days you think you’d be better off to go back to bed, draw a line and start again.

We tend to have our own personal ways to relieve the stresses of life. Be it a cup of tea, a phone call to a friend, a cigarette or even a drink! There is however, another proven way to relieve stress and anxiety that has been proven as restorative to the extent of being recognized as a profession.

Music Therapy is actually an established health profession where a qualified music therapist uses music to assess and treat psychological and physical conditions. It has been proven to be particularly helpful for people who find it difficult to express themselves in words. Research has shown that music therapy is effective for the treatment of many patients including the ability to successfully trigger motivation, movement and positive emotional support.

There is a Dutch violinist/conductor, who naturally possesses these qualifications through his expression of music. Fans of Andre Rieu have their stress-ammunition at the ready, in the form of CDs, DVDs, recorded TV concerts or other media. No matter what way we listen or watch, the sound of Andre’s voice, violin and orchestra playing has an immediate effect on the listener. For me, it brings me to another world. If I turn it on particularly to relieve stress, I immediately tune into a more positive mood. It motivates me to put one foot in front of the other and get on with it (in three four time of course!) In regards to the sound of the Maestro’s voice, I’d like to add that it doesn’t matter whether he speaks in Dutch or English; his voice in any language is therapeutic to my ears! (Plus I am definitely pickin’ up a few good Dutch phrases: fantashtich! … will get to the spellings some time…hehe) Can’t fail to mention his pleasing appearance here too; I can only speak for the ladies but his looks, charm and charisma are efficacious!

Andre Rieu made a decision to express music in this way to his audiences. His father was a conductor and at a young age, Andre was disturbed by the grave formality of orchestral classical performances. He was troubled by the conventional means of expressing classical music not only for those performing, but also for the audience.

‘I felt very strongly: why don’t you put some flowers on the stage? Why do you have the girls always in black dresses? Why does the conductor turn his back to the audience? No wonder classical music was dying…..So I decided to do it my way, because I was always feeling lonely on stage. The public was sitting there and not involved in what I did. And a lot of people felt it with me. We are together now, and we bring the classical music to the people in our way.”

Not only does Andre Rieu bring joy to listeners, but he also keeps classical music alive and brings it to the ears of those who may never have realized their appreciation for it without his contribution. His ability to fuse a range of songs and pieces into each concert program in a perfectly formed sequence makes the entire show engaging to the audience and viewers. Ranging from Michael Jackson and Abba songs to Beehoven and Mozart pieces, Andre captures our attention from start to finish. He specializes in Johann Strauss, playing beautiful waltzes and pieces with his aptly-named Johann Strauss Orchestra. The female members of his orchestra are dressed in delightful colourful gowns and the soloists appear in cheerful appropriate costume for each piece. He makes us laugh, cry, dance and sing (sometimes in Dutch too!) all in one session. What therapy can achieve all that in such a short time?

When asked how he imagines his father would feel about him now, Andre says ‘We had a lot of troubles together because he educated me to be a classical musician, to play Bach and Beethoven, not this dance stuff I do.’ He pauses. ‘But it was different when he saw I was serious in how I took my job. He never saw the big success. But when he sees it, from wherever he is, I hope he will be proud.’

Have a listen to a few of my therapeutic favourites, especially Heut ist der schönste Tag in meinem Leben with the wonderful Platin Tenors. (Turn up the volume…!) 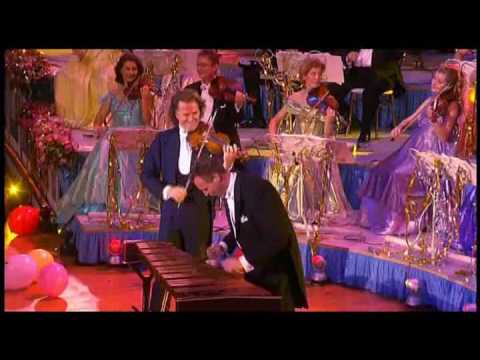 Heut ist der schönste Tag in meinem Leben – Today is the best day of my life (Even the title makes us happy!) 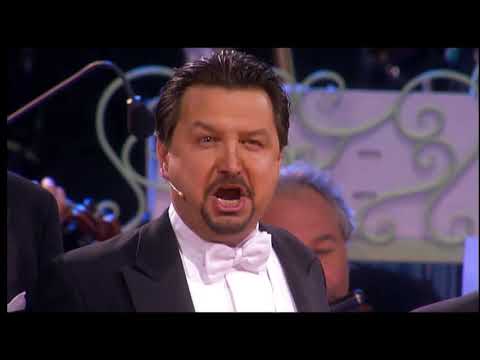 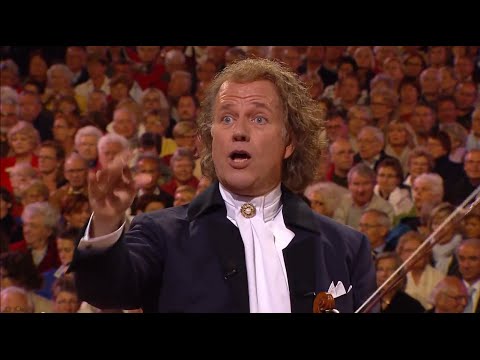 Feel free to comment below and also share this article with the buttons below if you wish. Gill x

If you liked this, please share this article using the buttons below:

One thought on “Andre Rieu: The Therapist”